Coal fuelled the expansion of the British empire. Control over oil flows helped the US dictate the settlement after World War 2.

Now we’re entering a more turbulent period. The climate crisis is upon us, meaning we have to cut greenhouse gas emissions. This year, Vladimir Putin’s weaponisation of energy supplies has raised the stakes dramatically.

But as we race to replace oil, gas and coal with renewable energy technologies, it’s China that will dominate both energy and money during the next century, says John Bowlus, guest on the latest New Money Review podcast. 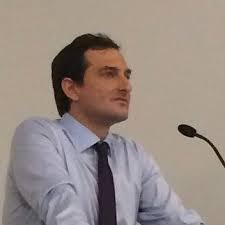 In the podcast, Bowlus says he believes the end of the hydrocarbon era will bring two centuries of global economic growth to an end, shrinking the world population.

Bowlus, an academic at Turkey’s Kadir Has university, researches how energy, especially oil, has shaped global politics, and how geopolitical risk and technological developments affect national and global energy regimes.

Listen in to hear a broad-ranging discussion of energy, power and currency regimes. We cover:

Listen to the podcast to hear more