5 hours ago
Hydrocarbons, geopolitics and money
13 hours ago
No Photoshop required
2 months ago
Stablecoins come unstuck again
2 months ago
Celsius network collapses
2 months ago
Blockchain carries seeds of own destruction

Some technologies fade away and are replaced: typewriters, punch card computers and VHS tapes are now obsolete. But in payments, new technologies may need to build on old ones, says Shamir Karkal in an exclusive interview with New Money Review.

A computer scientist by education, Karkal was formerly a management consultant at McKinsey, co-founder of Simple Finance and head of open APIs at bank BBVA. He is now CEO and co-founder of a new fintech start-up called Sila. 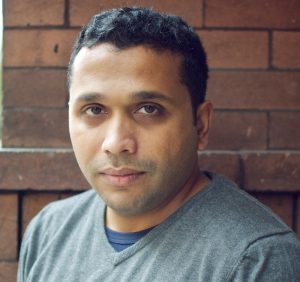 New Money Review: Shamir, around the world many payments are now near-instant, but others take days. Why do we not all benefit from real-time settlement?

But outside the financial system, real-time settlement is still not the norm, and banks still make a lot of money from sticking to an inefficient model.

In the US, for example, the main electronic payments system for a lot of businesses is called the Automated Clearing House or ACH. It’s a batch file-based processing system that was invented in the 1970s. In those days, batches were processed overnight: banks had to remove a magnetic tape drive at the end of the business day and drive it to a regional clearing house.

There was a proposal to introduce “same-day ACH” and run batches more frequently. If batches were run every fifteen minutes, say, this system could be nearly as efficient as RTGS.

But the proposal was stopped in 2012 by the National Automated Clearing House Association (NACHA), the agency that runs the ACH. NACHA is controlled by the big banks, who make hundreds of millions or billions of dollars from fees created by a system of payments that take two to three days.

I’m amazed that this didn’t lead to more outrage—in my view it was as big a crime as anything that happened during the financial crisis. An organised oligopoly said “We want to stay in the Stone Age because we have a monopoly on stone tools”.

NACHA did eventually approve same-day ACH, albeit after adding an interchange fee to it so that banks could make money off it. It went live in 2016-2017.

New Money Review: What effect does this kind of practice have on the broader economy?

Shamir Karkal: There’s a real cost in the form of the reduced efficiency of payments.

Let me provide an example. In September 2001, most business payments in the US still happened via cheque, and cheque clearing was physical: planes would fly around with cargo holds full of cheques being transported to regional clearing centres.

But those in the real economy—say payments of $1,000 to $100,000 in value—were held up. This led directly to two quarters of negative growth in Q3 and Q4 2001. If US business payments had been cleared electronically, I don’t think there would have been a recession.

Shamir Karkal: Undoubtedly, new technologies will overtake old ones, and the newcomers are likely to disrupt and subsume the old guard, the banks. But this process is likely to be slow: it could take half a century.

The numbers in the financial world are so large that it’s hard for competitors to make an immediate impact: daily forex trading volumes are around $4.7tn, for example. That’s an order of magnitude larger than sectors like advertising or transport, where Google, Facebook and Uber have recently disrupted things.

Take Paypal, which has been growing nicely for 20 years. It’s only in the last few years that it’s started to represent a competitive threat to the large banks.

New Money Review: Will the payment systems of the future be attached to the existing system?

Shamir Karkal: Yes, I think they will. I once read that every payment system that has achieved mass adoption is still around in one shape or another: old payment systems never die.

Cash and coins are still around, cheques were invented two thousand years ago and are still going. Wire transfers, introduced by the telegraph, still take place.

A new payment system usually starts off as a faster, better, more convenient layer on top of an older one. In the US, for example, several payment layers function on top of Fedwire: for example ACH, Visa and the other card systems. Paypal uses the ACH network, which then settles via Fedwire.

Let’s take cryptocurrencies as an example. If bitcoin or ether turn out to be the cryptocurrencies of the future, people are still going to need a way to convert dollars and euros into them. How well the on- and off-ramps function are a very important driver of the success of a new payments system.

And if you’re building a global currency, you need to be able to connect to hundreds of payments systems globally, including ACH, the UK’s Faster Payments, the eurozone’s SEPA, India’s UPI, and so on. Otherwise you won’t see mass adoption.

New Money Review: What are the biggest opportunities for new payments technologies over the next decade?

Shamir Karkal: One area is small to mid-size international payments.

That includes the remittances market, which is massively inefficient. There are a whole host of start-ups attacking that segment, and good luck to them. With so many people having access to a smart phone, which should enable cheap digital payments, you don’t need people relying on the hawala system, or queueing up at the local Western Union or MoneyGram office to receive $50 sent from the other side of the world.

But there’s a large gap between the remittances market, which is about $500bn a year in size, and the $4.7tn a day FX market. The larger clients in this segment are quite well-served. But there’s an intermediate market for currency conversions, somewhere between the remittances market and the FX market for large corporates, which is not. TransferWise—in which I’m an investor—and its competitors are making inroads here. I expect TransferWise to be a $100bn company in a decade.

Another opportunity is in low-cost local payments. The next frontier will be in replacing card payments, ACH and cash transfers and making them more efficient.

New Money Review: And on a longer time frame?

The original internet protocol, HTTP, was designed to facilitate digital payments. This is shown by the existence of a dedicated HTTP error code—402—meaning “payment required”. So this concept has been around for a long time. I think a global payments system will eventually happen—I’m just not sure it will be in my lifetime.