The leading cryptocurrency’s design features cause it to behave weirdly: the more speculators buy bitcoin, the greater the short-term downward pressure on its price.

“There are two features of bitcoin that I think don’t exist for any other asset class,” says Peter Zimmerman, our guest on the latest New Money Review podcast. 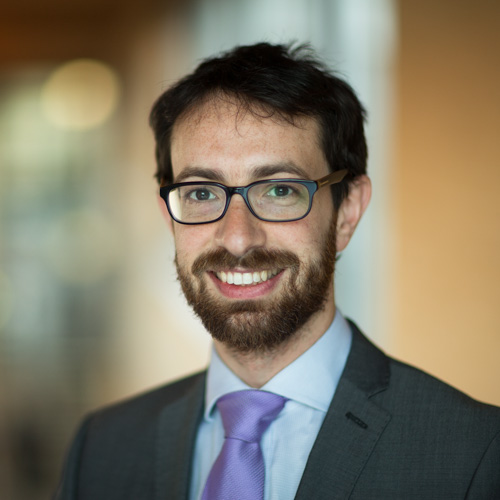 “The first is that its value depends on its usefulness as a means of payment. The second is the settlement constraint: there’s a hard-coded limit on how many transactions can be settled per second.”

Zimmerman is a visiting research economist at the Federal Reserve Bank of Cleveland and a former senior economist at the Bank of England, where he specialised in cryptocurrencies, blockchain, banking and financial regulation.

“By trading bitcoin, you’re betting that people will use it in the future. But by doing so, you’re making for harder for people to use it in the present.”

Earlier this year, Zimmerman published a paper outlining his theory, which he says helps explain the high price volatility of cryptocurrencies and the relatively low adoption rate for bitcoin to date.

Zimmerman says he believes the cryptocurrency could survive in the long term, a more optimistic prognosis than that given by many other central bankers, including his former boss.

During the podcast, Zimmerman stresses he is speaking in a personal capacity.

However, he says, nor does he agree with bitcoin maximalists, who envisage the cryptocurrency’s future role as the main global unit of account.

“I don’t really envisage that bitcoin is ever going to be a global currency,” Zimmerman says in the podcast.

“It’s never going to replace the dollar or the fiat currency of any major economy. The future I see for a cryptocurrency like bitcoin is to be used in particular markets where there are particular requirements.”

He then elaborates on that main use case.

“For me, the real strength of cryptocurrencies is the ability to transact privately and anonymously online,” Zimmerman says.

During the podcast, Zimmerman shares his views on the prospects for central bank-issued digital currencies, whose introduction may be accelerated by the coronavirus pandemic.

Perhaps surprisingly, he downplays their significance.

“Personally, I’m quite sceptical about the prospects for central bank digital currencies,” he says.

“The main selling point of cryptocurrencies is their ability to provide privacy and anonymity. Central banks have done the same thing by providing notes and coins, but they don’t really like it.”

“It’s been said of cash that if it were invented today, we wouldn’t allow it as it does facilitate a lot of criminal activity,” he says in the podcast.

“So if central banks did create digital currency, it would be centralised and it would be possible for them to trace transactions. Even if they claimed it wasn’t it, it wouldn’t be a very credible commitment.”

With co-author Anantha Divakaruni, Zimmerman has also recently published research on the ‘Lightning’ network, the payments layer being developed on top of bitcoin.

During the discussion with New Money Review editor Paul Amery, Zimmerman describes how he things Lightning will impact the development of the cryptocurrency.

“What I envisage for the future of bitcoin is a dual-track economy,” he says.

He points out that shifting a proportion of bitcoin trades to a separate payments network comes with inevitable trade-offs.

“What’s interesting about the Lightning network is that it becomes really efficient when it’s centralised,” he says.

“But though this makes it cheaper to use, it comes at a cost. Suddenly, you’ve got a node you’re dependent on and this gives rise to risks.”

“Blockchain systems may increase resilience but at the cost of efficiency”

In the long term, predicts Zimmerman, current central bank-run payments infrastructures and those being developed outside the official sector could merge.

“It may be that in the payment systems of the future we use blockchain technology to keep things more secure, or that we use some hybrid version of existing central bank systems and blockchain,” he says.

“Blockchain systems may increase resilience but at the cost of efficiency. You are increasing costs and slowing down how quickly you can settle.”