5 hours ago
Hydrocarbons, geopolitics and money
12 hours ago
No Photoshop required
2 months ago
Stablecoins come unstuck again
2 months ago
Celsius network collapses
2 months ago
Blockchain carries seeds of own destruction

Financial market data is now a huge revenue earner: spending on market-related data and news has grown at a compounded rate of 13 percent a year since 2012, according to consultancy firm Burton-Taylor, and now tops $30bn a year.

But will the past success of data firms in the traditional financial markets be replicated in the anarchic cryptocurrency sector? In cryptocurrencies, there’s a tradition of permissionless trading and free and open access to information. 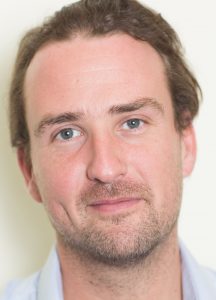 New Money Review: What does CryptoCompare do?

Charles Hayter: We are a one-stop shop for cryptocurrency data. We collect, consolidate and disseminate data from around 160 cryptocurrency exchanges worldwide. For example, we integrate order book and trade data into Refinitiv’s financial desktop platform, Eikon.

There are about 14 million users of our Application Programming Interface (API), representing a cross-section of the cryptocurrency ecosystem, from funds through to individuals.

Social data can act as a leading indicator of market activity

New Money Review: How would you categorise cryptocurrency data?

Charles Hayter:  There are five pillars of data in the cryptocurrency ecosystem.

First there’s trade data, the prices at which trades have taken place.

Second, there’s order book data: the prices at which people were or are willing to trade.

Third, there’s blockchain data, the fundamentals of the cryptocurrency ecosystem.

Fourth, there’s static data: coins in issue, for example, or categorisations of different types of coin.

Finally, there’s social data, such as feeds from Twitter, Github and Reddit. These can act as a leading indicator of market activity.

Ultimately, you need to look at all the available data holistically. Examining just one pillar might give you a misleading picture.

New Money Review: Could you give an example of how social data relates to cryptocurrency price activity?

Charles Hayter: In 2016, Mike Hearn, a well-known early bitcoin developer, wrote a paper attacking the bitcoin network and saying it had failed. As people started digesting the paper you could see an impact on bitcoin’s price. At the same time, you could track this readership activity by looking at the number of times a Reddit thread mentioning Hearn’s paper had been viewed.

So we can automate this process, calling up the Reddit API to look at cryptocurrency-related activity. Then we can add a layer of sentiment analysis on top of the comments, looking for key words, and so on.

Exchanges and data firms are in a symbiotic ecosystem

Charles Hayter: Cryptocurrency exchanges generally provide free access to market data, but tend to restrict what you can do with the data afterwards. We have contracts with over 80 exchanges, allowing us to create derived data products.

Ultimately, it’s a symbiotic ecosystem. Our job is to act as a bridge from the exchanges to the wider world. In turn, that helps drive liquidity to the exchanges’ platforms.

New Money Review: Do you have any incentive to drive your website’s users towards any particular exchange?

Charles Hayter: We have affiliate agreements with some exchanges. But we don’t allow this to affect our rankings, which are determined by fundamental metrics. And if we do an advertising programme with a particular exchange, we make it very clear that the related content is sponsored.

Some cryptocurrency exchanges are in the game of manipulating their volumes

New Money Review: Recently, US cryptocurrency asset manager Bitwise said that 95 percent of the reported $6bn daily trading volume in cryptocurrencies is fake. What do you think?

Charles Hayter: I think that Bitwise’s claim is not the full picture. They looked at a narrow set of data and drew very black and white conclusions.

If you interrogate the data you’ll see that some of the good exchanges, by their definition, have bad markets, and vice versa. For example, if you measure bitcoin trading activity by a different currency than the US dollar, you may find different trading patterns than the ones they analysed.

Undoubtedly, some cryptocurrency exchanges are in the game of manipulating their volumes to rank higher on comparison sites.

Cryptocurrency exchanges are going to be under much greater scrutiny going forward and the use of market surveillance technology can help throw better light on what’s going on.

We are undertaking our own in-depth analysis of cryptocurrency trading activity and plan to release it in the next few months.

Exchanges are no longer constrained by geographical boundaries

New Money Review: How do you decide which cryptocurrencies or other digital assets to cover?

Charles Hayter: Ultimately, if anything trades in the market, we’re going to include it. But we prioritise tokens with a higher trading volume. And we may need to intervene manually to make sure that we avoid collisions, such as different exchanges attributing different ticker symbols to the same asset.

Our inclusive approach also means we have to be on the lookout for new categories of token, like initial coin offerings (ICOs), securities tokens (STOs) and initial exchange offerings (IEOs).

The ICO market craze generated a lot of fraud. But for those who think we should be more selective, I’d draw an analogy.

Several thousand years ago a few assets traded. Fifteen hundred years ago, with the expansion of global trade and seafaring, more commodities were bought and sold. With the development of financial markets in the 20th century, we saw an expansion of the securities markets and a lot more trading in derivatives.

Now, we can expect more assets to be traded more often, in more ways and by more people in more locations. It’s the trend of history. Cryptocurrencies and other digital assets are enabling this development.

Exchanges are no longer constrained by geographical boundaries, and no one needs permission to join the ecosystem. Ultimately, our mission at CryptoCompare is to be an objective gateway to the crypto markets, offering transparent, reliable data, data products and content.