One of the best business books of recent years, ‘How Music Got Free’, by Stephen Witt, tells an engrossing tale of obsession, music, obscene money, visionaries, criminals and tycoons.

New Money Review: Lex, in recent weeks we’ve seen evidence of stumbles at blockchain projects that aim to change the financial market’s infrastructure. Has the blockchain hype been overdone?

Sokolin: To put events into perspective, we need to look at the shifting narrative in crypto-assets over the last decade. The risk appetite has swung back and forth, based on public perception and the equilibrium between the money invested in this space and the progress achieved.

We started with bitcoin and the ‘short the sovereign’ global macro play. Then that became too aggressive and we swung to the other extreme, saying ‘all fintech is there to empower the banks and make them more powerful and help them cut costs’.

That’s the argument for enterprise blockchain projects, such as Digital Asset Holdings and other bank-backed consortia.

“Everyone is wrong all the time about everything they say”

Now, after the collapse of the ICO boom, we’re more conservative again and have shifted to security tokens. We’re trying to list traditional securities in a regulated manner, using public blockchains.

So there’s a kind of wave function between aggressive and conservative. Because it swings in both directions, everyone is wrong all the time about everything they say. That’s because, simultaneously, different things are true. 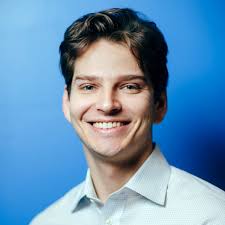 NMR: The ICO episode seems a classic financial bubble and bust. But firms like Google and Facebook were born in the aftermath of the 1999/2000 dot-com bubble. What can we learn from ICOs?

Sokolin: I’d argue that the ICO boom was massively fruitful. It destroyed a lot of value, but most of that value was capital gains accrued in bitcoin in the preceding years.

ICOs showed just how versatile smart contract-based systems are, and that you can design whole economies using crypto-assets. In other words, blockchains have wider applications than just creating new virtual currencies that replace existing payment mechanisms or stores of value.

I don’t find the end of prior attempts at new business models to be something bad. When models go bust, that’s good, it means you’ve figured out things didn’t work.

NMR: Can past technological change help us predict what comes next?

Sokolin: Yes, I think so. The analogy I often use is that of the music labels in the early 2000s and how they responded to widespread peer-to-peer (P2P) music sharing. There was a moment when music went from being worth something to being worth nothing.

And ever since, music has remained free. Although it charges you, Spotify doesn’t sell you music, it sells you user experience and convenience.

Let’s remember that the initial response of the music labels to the threat represented by file-sharing was a concept called digital rights management (DRM). The labels paid lots of people to come up with an encryption technology to assign ownership to music.

But DRM didn’t prevent music piracy. And, looking back, the fact that the music labels built the DRM and got frustrated that it didn’t work doesn’t tell us much. A bunch of people made some decisions that were inconsequential in the long run.

Why were those decisions inconsequential? Because the answer was still fifteen years away. That answer was: ‘Music is free and you can’t charge for it. Instead, you need to build customer-centric, game-ified attention traps at the scale of the entire world’. Then you eke out some form of platform rent from users.

At the time, there was no way for the music labels to imagine that outcome. And, coming back to the financial markets, I think we are now at a similar place. There’s an intersection of the software that’s being developed on the public blockchains and what the banks are trying to do.

NMR: So are banks heading the same way as the music labels—to the scrapheap? And who will be the financial industry’s Spotify?

Sokolin: I think that the banks are much better actors than the DRM vendors in they are trying to catalyse and participate in the process. But we’re too many steps away for anyone to really know the final outcome.

How far ahead can we see? If someone’s super-good, like Elon Musk or Jeff Bezos, and they have massive proprietary information around which to make decisions, maybe they’ll see three steps ahead in this process. But no one can see twenty steps ahead.

NMR: Can you imagine what the next few steps might be?

This will have proved that some mid-market players can use blockchain software to do issuance. That information is in itself super-valuable, but the sooner this phase is over the better. We want this jigsaw piece in place in order to do the next, bigger thing, which is to get the consumer’s trust.

Let’s call that the Spotify place, where music is free. Financial products will be assembled by machine, then distributed into a cluster of nodes, with all the stuff about software that people are excited about.

“Decentralised financial machines are still so weird and unknown”

NMR: How far are we in the process of adoption?

Sokolin: We are so early in that exploration that it’s hard to pinpoint how things will progress. And there are still very low volumes of usage of any of these decentralised financial machines. They are still so weird and unknown.

But once you have every human being with their crypto keys stored on their Samsung or HTC phones, and that process is designed in a way that feels natural, and you just download apps that ride the blockchain rails, the imagination runs wild with how you should be able to connect into these decentralised networks.

NMR: What might kick-start the adoption of blockchain-based capital raising platforms?

Sokolin: For the last 25 years, every single large tech outcome has been premised on a large theft.

In the case of the iPhone, the initial theft involved was pirated music in the form of MP3 files. Many people had a ton of music on their computer and wanted to carry it around. The hardware to do this wasn’t very good. Then the iPhone came along. It was a legitimate interface for what was otherwise illegitimate activity.

YouTube is the same thing. For its first several years, it held largely pirated movies, then it built on that and got the attention of the retail public. Or let’s take Google—it stole the internet. There is now no internet, there is only Google, which has put itself on top of the internet. So has Facebook.

Sokolin: Whether the technology is used for securities issuance, lending or payments, and whether its uses bitcoins or stablecoins, the only way for it to work is to create new experiences and get people one-by-one to adopt those apps. Take what exists, put it in a different place, and open it up.

But ultimately blockchain technology is revolutionary. It takes away credit risk. It means you never have a counterparty in the way you used to.

NMR: Is anyone a visionary in this area?

Sokolin: I don’t think anyone really knows what a decentralised financial network will look like. The guy who probably knows it best is Changpeng Zhao, the chief executive of Binance. And maybe Mark Zuckerberg and David Marcus, who are leading the blockchain effort at Facebook.