Several blockchain initiatives aiming to reform the system of ownership for the world’s share and bond markets have just hit road bumps. One project, SETL, has said it is putting its blockchain-focused central securities depositary (CSD) up for sale.

Myles Milston: They are a vital part of the existing financial market’s infrastructure. And we’re not going to see a lot of secondary trading in blockchain securities until there’s a CSD capable of hosting them.

NMR: Why is that?

MM: In Europe, the CSD Regulation (CSDR) says you can’t have trading in a transferable security, as defined by the Markets in Financial Instruments Directive (MiFID), unless it’s on a multilateral trading facility and the register of ownership of that security is held at a CSD.

In other global securities markets, such as those in the US and Asia, there are similar requirements for a CSD to be in place.

So in order for a blockchain security to be traded in a public market, there needs to be a CSD capable of holding that security.

NMR: Why should holding blockchain securities be a problem for CSDs?

MM: In theory it shouldn’t be. But CSDs, by their nature, are extremely risk-averse entities. So they are understandably resistant to change regarding their ownership databases and the security of those databases. Blockchain securities are a relatively new concept and it’s going to take some time for CSDs to become used to them. 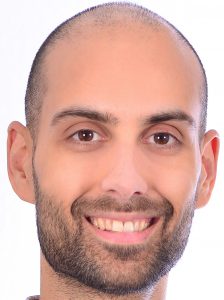 NMR: When we interviewed you in November, you told New Money Review readers that Globacap had issued its own equity onto a blockchain. So presumably this was not a transferable security and you didn’t need a CSD?

MM: Yes, as long as it’s a private instrument and is not listed on an exchange, there is no requirement to comply with CSDR.

NMR: And hence the interest among blockchain enthusiasts in starting their work by tokenising other private assets like real estate, commodities, private equity and so on?

MM: Yes, for private assets, blockchain has the advantage of helping to transfer ownership quickly—in seconds, rather than weeks. That’s a huge advantage.

For publicly listed assets, which can already be traded at speed, the efficiency gains are not as obvious or immediate. But they are there, nevertheless.

We need to get to a point where these blockchain securities become public and can then be traded. To get there, certain bits of infrastructure need to be in place.

NMR: Let’s look forward ten or twenty years. Right now the existing market infrastructure is edging towards blockchain, often through pilot projects involving consortia of banks, exchanges and CSDs. But at the other end of the scale we see anarchic experiments with unregulated capital issuance and crowdfunding, such as last year’s initial coin offering (ICO) boom. How are these trends going to converge, if at all?

MM: There are also vertically integrated models like that of the SIX Swiss exchange, which owns its own exchange, clearing house and CSD. They are building out a blockchain securities solution and I expect SIX to be one of the first entities to make this functional.

Looking more broadly, I expect more and more private assets to become more tradeable in the sense of becoming easier to transfer. Then I expect us to move to a world where all of the administration of asset ownership, such as the management of corporate actions, distributions and so on, becomes hugely more efficient.

As part of this trend, some of the layers of the existing post-trade infrastructure are therefore likely to be removed. CSDs will remain, but other intermediaries like transfer agents may no longer be necessary.

NMR: What was your reaction to SETL’s recent announcement that it entering administration and seeking an external partner to finance its CSD?

MM: I was surprised. SETL’s subsidiary, ID2S, was the first new entity to receive regulatory approval as a CSD for quite some time, plus it is focusing on blockchain solutions.

Achieving CSD status is not at all easy. I’m sure SETL must have had their internal reasons for this decision, but from an outsider’s perspective, to go through all those steps and switch things off just as you cross the line doesn’t make sense.