The private key to a cryptocurrency confers ownership of the digital money. If you lose the key or have it stolen, you have no way of getting your cryptocurrency back. So storing the key securely is the first priority for anyone planning to hold this emerging asset class.

Many early investors in bitcoin learned this lesson the hard way when the Mt. Gox exchange, which handled the vast majority of cryptocurrency trading at the time, was hacked in 2014. Clients lost 740,000 coins (now worth $4.7 bn), or 6% of all bitcoin ever mined.

The theft only occurred because clients had entrusted their private keys to the exchange, which stored them on servers to which the hacker gained access.

The risk of losing your money when private cryptocurrency keys are given to trading venues is real and recurrent: at least $15bn in cryptocurrencies have been stolen from exchanges since 2013, according to one recent estimate.

Storing private key data on any internet-linked device, such as a mobile phone, desktop computer or laptop, is highly risky

A broader lesson is that storing private key data on any internet-linked device, such as a mobile phone, desktop computer or laptop, is highly risky, since hackers could worm their way in there too.

The most secure way of holding bitcoin is to run your own full node on the network. Since full nodes store all past bitcoin transaction data, ownership of bitcoin can be proved by showing that cryptocurrency has been received by a particular address in the past.

[A cryptocurrency address is a unique identifier—a string of characters and digits—that is derived securely from the public key of a private/public key pair. For more on private and public keys, see our article “Where cryptocurrencies came from”.]

A slightly less secure, but more user-friendly way to hold private keys is to use a dedicated hardware wallet. This is a small, plug-in device resembling a USB stick, but with security features added to prevent anyone except the owner gaining access.

Hardware wallets are not fool-proof

According to the bitcoin wiki, hardware wallets have several advantages over desktop, mobile and other software wallets.

The client’s private keys should be stored in a protected area of the hardware device. In theory, they are immune to the computer viruses and malware that can be used to steal money from software wallets. And hardware wallets can be used to handle cryptocurrency transactions securely and to record balances.

“To date there have been no verifiable incidents of bitcoins [being] stolen from hardware wallets,” the wiki says.

However, hardware wallets are not fool-proof. Their physical design could be imperfect or subject to bugs, leading to security flaws. Since the hardware wallet generates private keys and cryptocurrency addresses on behalf of its owner, it’s important that the number generator algorithm used to produce the keys is truly random.

And there are potential physical risks: a device could be intercepted or compromised before it is delivered to the client; or a hardware wallet owner could be forced to hand over access.

Also, some hardware wallets may not be backed by their own full bitcoin nodes; instead, the wallet user depends on the reliability of the manufacturer’s own web interface when making transactions or verifying balances.

New Money Review asked the manufacturers of two of the best-known hardware wallets, Trezor and Ledger, to answer a number of questions about the design and usability of their devices, their security track record and their commercial performance and focus. 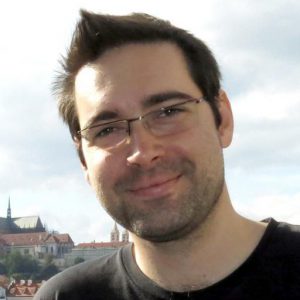 New Money Review: What are the main trade-offs between security and usability in cryptocurrency wallets?

Pavol Rusnak, SatoshiLabs: While it is thought that it’s always about choosing between usability and security, we believe that we can make security friendly.

This is very important for the cryptocurrency ecosystem if it wants to be mainstream. The market is getting bigger every day, and this requires us to focus on the user interface, and it could be demanding. However, we at SatoshiLabs consider security as our utmost priority and ultimate goal.

New Money Review: What are the challenges of maintaining open-source security hardware?

Pavol Rusnak, SatoshiLabs: Good question. If your solution is open-source, you’re always risking that someone will clone it. As a matter of fact, it has happened to us multiple times. But we firmly believe that open-source software and hardware is the only way to build the necessary trust, allow for impartial code verification, and from our point of view the only possible way to develop a hardware wallet.

New Money Review: How do you determine which cryptocurrencies you support and which you do not?

Pavol Rusnak, SatoshiLabs: We evaluate most of the coins; it’s always an individual process which coins or tokens should be supported.

New Money Review: Could you describe the challenges of integrating a particular cryptocurrency (e.g., Monero)

Pavol Rusnak, SatoshiLabs: That depends on many variables. Monero (XMR) is fundamentally very different from bitcoin and any bitcoin-like coin, so it requires an individual approach and a lot of researching and planning. We also cannot underestimate anything when it comes to security, so the whole integration process is very precise, challenging and time-consuming.

New Money Review: Would a Trezor wallet support transactions in a second-layer protocol like bitcoin’s Lightning?

[Lightning is a ‘second-layer’ protocol enabling faster and cheaper payments in cryptocurrencies like bitcoin. Since the transaction throughput of bitcoin’s own blockchain is limited by design to around seven transactions per second, a second-layer protocol allows the processing of much larger transaction volumes. Transactions on Lightning are only recorded on the underlying bitcoin blockchain when a payment ‘channel’ between two counterparties is opened, and again when it is closed—New Money Review comment]

Pavol Rusnak, SatoshiLabs: There are already some ideas for Trezor to support second-layer protocols like Lightning, but it won’t release any details yet. We are excited about Lightning, though, as well as the opportunities it brings.

New Money Review: What plans do you have for full-node hardware wallets?

Pavol Rusnak, SatoshiLabs: That’s something that has been on our to-do list for some time now. However, we’re occupied with projects that possess higher priority.

New Money Review: Have there been any confirmed cases of a Trezor wallet being compromised, whether remotely or by physical access to the device?

[In November 2017 Wired journalist Mark Frauenfelder wrote about his experience of losing access to his Trezor device, containing the private keys to a $30,000 bitcoin stash, after forgetting his six-digit PIN.

A 15-year old, London-based computer expert called Saleem Rashid helped Frauenfelder to recover access by showing him how to short-circuit the Trezor’s circuit board and recover his PIN and passphrases. This past security vulnerability, and the firmware update used to fix it, are documented on the Trezor website—New Money Review comment]

Pavol Rusnak, SatoshiLabs: We’re very open about the past incidents. Cryptocurrencies evolve extremely fast, and we evolve with them. We do have a responsible disclosure program which is a source of vast knowledge to us, but we’re happy to say that no coins were stolen during the whole lifecycle of the company due to the security breach or bug exploitation. Everything is well documented on our website at trezor.io/security. In any case, we do not have a record of a single bitcoin going being lost due to Trezor’s issues.

New Money Review: Are you concerned about Trezor devices being intercepted and compromised during transit/before delivery? If so, what steps have you taken to alleviate those concerns?

Pavol Rusnak, SatoshiLabs: That is a risk that every hardware wallet manufacturer has to take and count with. We’ve developed a system of multi-layer security which mitigates the risk and aims for best security possible.

Multiple elements are ensuring that your device hasn’t been tampered with. For example, firmware verification, our devices are shipped without pre-installed firmware, the packaging itself is tamper-evident, we do also use a set of security seals. The device itself is ultrasonically sealed so you would recognize a potential attempt for malicious hardware modification.

New Money Review: What is the best custody model for institutional investors and are you working on anything in this area?

[Trezor’s competitor Ledger has recently teamed up with Nomura and Global Advisors to develop a custody solution for large investors, currently a hot topic. By contrast with SatoshiLabs, Ledger has been funded by a number of prominent venture capital firms—New Money Review comment.]

Pavol Rusnak, SatoshiLabs: Not at the moment, SatoshiLabs is a self-funded company with no current interest in venture capital (VC). For more info, please have a look at our security manifesto, where we explain that we have refused to accept VC funding precisely because we do not want any external influence or overwatch. This also means that we do not need to follow any VC interests, be it revenue targets or market share.

New Money Review: By how much has your business grown in the last five years?

Pavol Rusnak, SatoshiLabs: Extremely. We can’t share exact sales numbers since we consider it is a part of our know-how but, for example, the number of employees has doubled since last year, and we’re still hiring new ones to our team every month.

New Money Review: What are your main priorities in product development and business development?

Pavol Rusnak, SatoshiLabs: We’re now focused on improving the experience of Trezor Model T, which is a next-generation hardware wallet for the broader public. We’re also expanding to more markets since we sincerely believe that easy and secure access to cryptocurrencies should be universal.