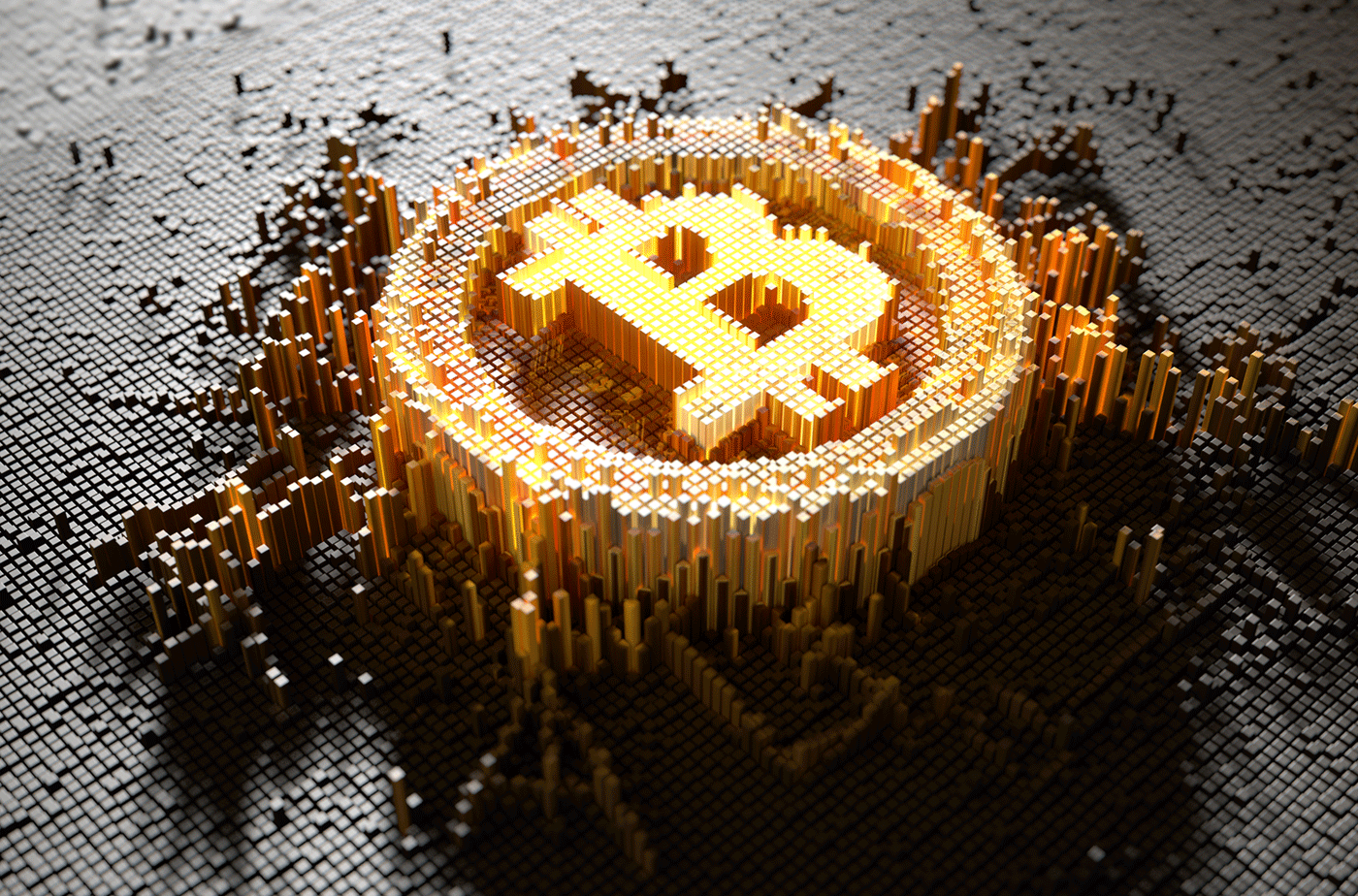 For any investor exposed to bitcoin’s wild price movements during the closing months of 2017, a reliable and liquid hedging tool must have been top of a Christmas wish list.

But the initial excitement witnessed at the introduction of bitcoin futures by the Chicago Board Options Exchange (CBOE) and the Chicago Mercantile Exchange (CME) in mid-December has been dampened by a slow take-up rate since launch, driven by high margin costs and concerns about the underlying futures settlement mechanism. 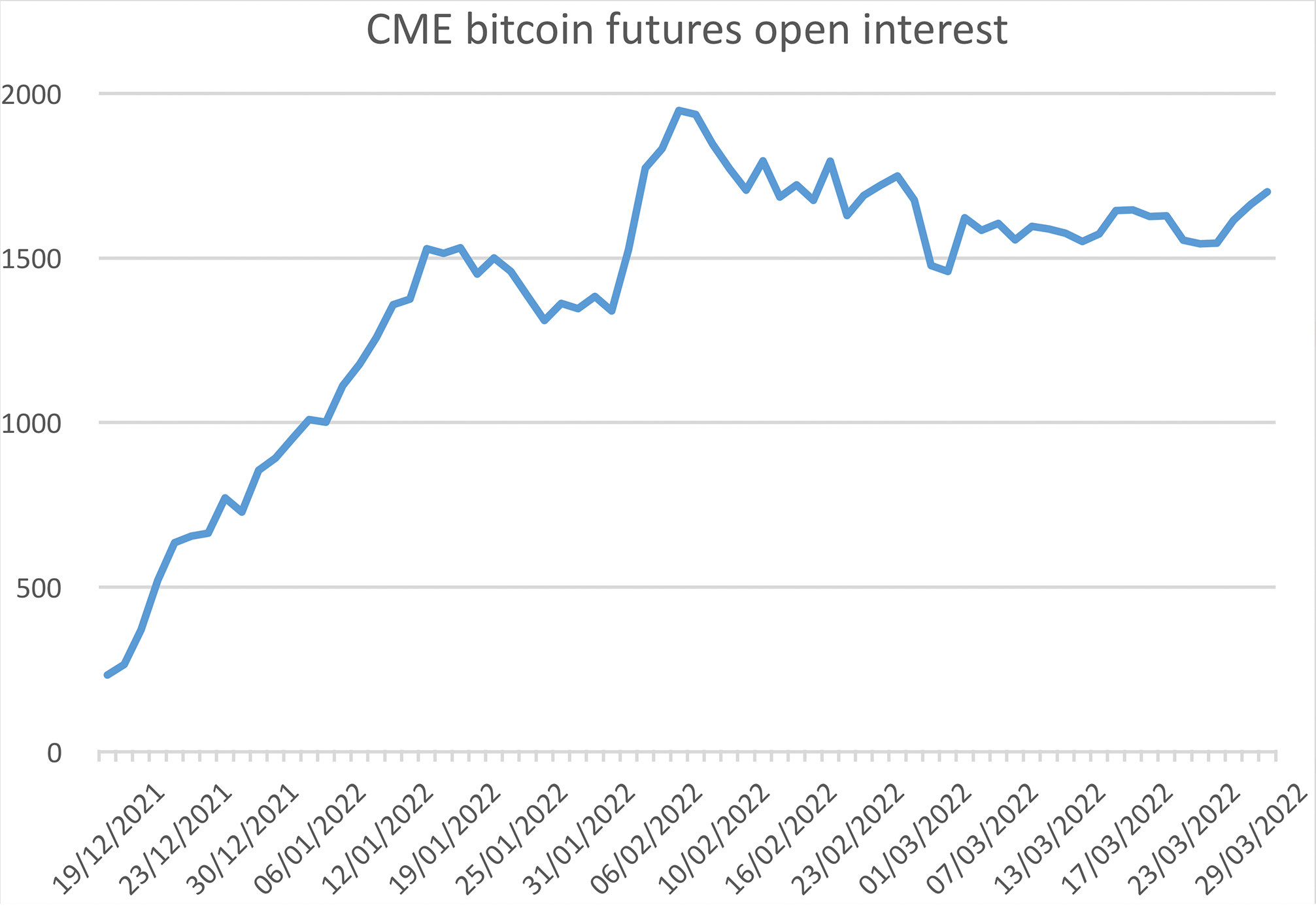 These totals are dwarfed by the notional amounts outstanding in the major interest rate, equity, FX and commodities futures contracts traded on the two exchanges.

For example, open interest in the CME’s eurodollar interest rate futures contract on April 6 was $17trn, over 280,000 times more than the exchange’s bitcoin future.

Speaking on a February earnings call, CME chief executive Terry Duffy said he expected bitcoin futures to be a “slow grower, which is fine.”

One reason for the slow adoption rate is that the cost of trading bitcoin futures at CME or CBOE still remains very high.

Meanwhile, many of the futures exchanges’ clearing members have added margin requirements of their own, in some cases taking the overall down payment for those wanting to take an uncovered long or short position in bitcoin to over 100% of the contract value.

Another impediment to those seeking to use bitcoin futures to hedge risk is that both CME’s and CBOE’s futures contracts settle against a bitcoin reference price index in cash terms, rather than against delivery of the underlying cryptocurrency.

“Market makers are worried about the basis risk of a cash-settled future and fear manipulation at maturity.”

CBOE uses a settlement price for bitcoin derived from an auction carried out at cryptocurrency exchange Gemini, owned by the Winklevoss twins, reputed bitcoin billionaires at the currency’s price peak late last year.

CME’s contract is cash settled against an index calculated from prices sourced from at least five bitcoin exchanges.

CME says the design of the bitcoin reference rate that underlies its futures contract, which it developed jointly with trading platform Crypto Facilities, is aligned with the IOSCO Principles for Financial Benchmarks.

IOSCO, the global coordinating body for securities market regulators, introduced these principles in 2013 following the scandals surrounding the manipulation of the LIBOR interest rate and other benchmarks.

However, most traders of bitcoin would prefer a futures contract that is settled against a delivery of the underlying cryptocurrency, said one observer.

“Market makers would prefer a physically settled bitcoin future contract. They are worried about the basis risk of a cash-settled future and fear manipulation at maturity,” said Laurent Kssis, chief executive at bitcoin tracker provider XBT.

Basis risk is the risk that a derivatives contract like a future will not move one-to-one with the price of the underlying investment. Bitcoin prices in fiat currency terms have sometimes varied wildly from one global exchange to another, reflecting local access constraints, bans from local regulators and overheated or depressed sentiment in certain markets.

For those looking to hedge bitcoin positions, one obvious advantage of a regulated futures exchange is minimal counterparty risk.

“The cash-based final settlement mechanism of the CME and CBOE bitcoin futures contracts is holding back institutional participation,” Craig Pirrong, professor of finance at the University of Houston, told New Money Review.

For those looking to hedge bitcoin positions, one obvious advantage of a regulated futures exchange is minimal counterparty risk. Those routing bitcoin futures trades via CME or CBOE have the exchanges themselves as their counterparty, providing an effective guarantee that trading commitments will be kept.

This promise is backed by the pot of clients’ margin payments, the exchanges’ default guarantee funds, to which all futures clearing members contribute, and an implicit call on clearing members’ other resources if all else fails.

By contrast, most early speculators and traders in bitcoin have become used to a far riskier and looser model of managing counterparty defaults.

“From their inception, many cryptocurrency derivatives exchanges have tended to socialise losses in the case of a default or a hack—they clawed back any shortfall from profitable clients,” said a senior executive at a cryptocurrency exchange, who requested anonymity.

“Most crypto traders seemed happy to go along with this haircutting procedure as it avoided the need for a bankruptcy and the resulting costs of hiring accountants and lawyers,” said the executive.

Alternative cryptocurrency derivatives exchanges have also proved quite willing to cancel trades if futures prices moved far away from the prevailing spot price.

On Friday 30 March, for example, the price of a June bitcoin future on Chinese exchange OKEx plunged to $4,755, a 30 percent-plus discount to the global spot price of bitcoin on that date.

OKEx said subsequently that it was cancelling a number of bitcoin futures trades from that day, citing its right to protect users.  According to a video posted on Twitter, one trader had threatened to commit suicide at the exchange’s head office after incurring millions of dollars in losses from the price drop.

With those wishing to hedge bitcoin exposures caught between two extremes—high access costs and basis risk at the large regulated futures exchanges, counterparty risks and potential price manipulation at unregulated exchanges—some firms are seeking to step into the breach.

Crypto Facilities, which offers a trading platform for cash-settled bitcoin futures, based on the same reference rate as used by the CME, argues it offers a competitive advantage when it comes to flexibility of margining, market access and data costs, the latter often a bugbear for clients of established exchanges.

“Our contract has no cash price settlement risk,” CoinfloorEX says on its website. “You receive or deliver the actual physical asset, therefore there is nothing to manipulate at settlement.”

Under this model the exchange carries no risk, though a well-capitalised trader with a winning position risks losing out if the losing counterparty is not so well-capitalised and cannot fund any shortfall.

“Our contract has no cash price settlement risk,” CoinfloorEX says on its website. “You receive or deliver the actual physical asset, therefore there is nothing to manipulate at settlement.”

CoinfloorEX says it aims to reduce the risks associated with a counterparty default by performing a cryptocurrency-specific margining method, carrying out variation margin checks and liquidations on a per-second and 24/7 basis.

If this margining procedure were to leave the exchange with a shortfall as a result of an inability to liquidate a losing client’s position, says CoinfloorEX, it would first seek to make all positions whole through its own capital. Over time, CoinfloorEX says, its guarantee fund will be built up as revenues grow.

“Should we be unable to make users whole, we would socialise the loss amongst all members, in a similar fashion to the traditional futures space,” said Mark Lamb, co-founder and head of liquidity relationships at the derivatives exchange. 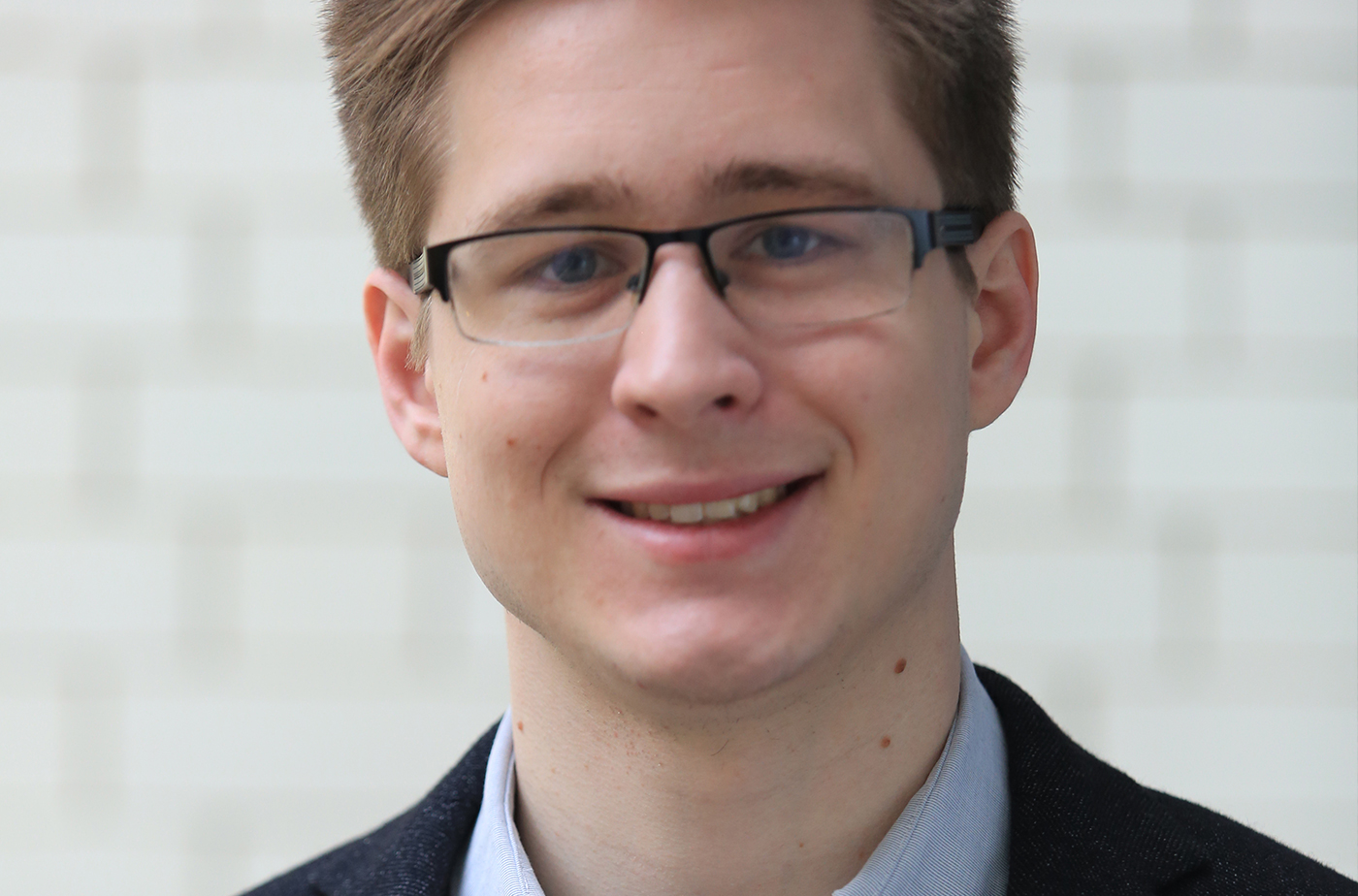 In a press release issued in March, the exchange said it wants to provide a reliable custody and delivery mechanism.

“We aim to provide customers with integrated trading, custody and asset management systems that deliver the performance, security and regulatory compliance required by institutional investors and traders,” said SJMX.

The launch of bitcoin futures by CBOE and CME in December 2017 marked a peak in the cryptocurrency’s price and the beginning of a period of cooler sentiment about cryptocurrencies. However, there are still many entrants to the race to design the best bitcoin hedging tool.