The fees collected by cryptocurrency miners for processing transactions on the ethereum network have rocketed more than tenfold in just five months, according to data firm CryptoCompare. 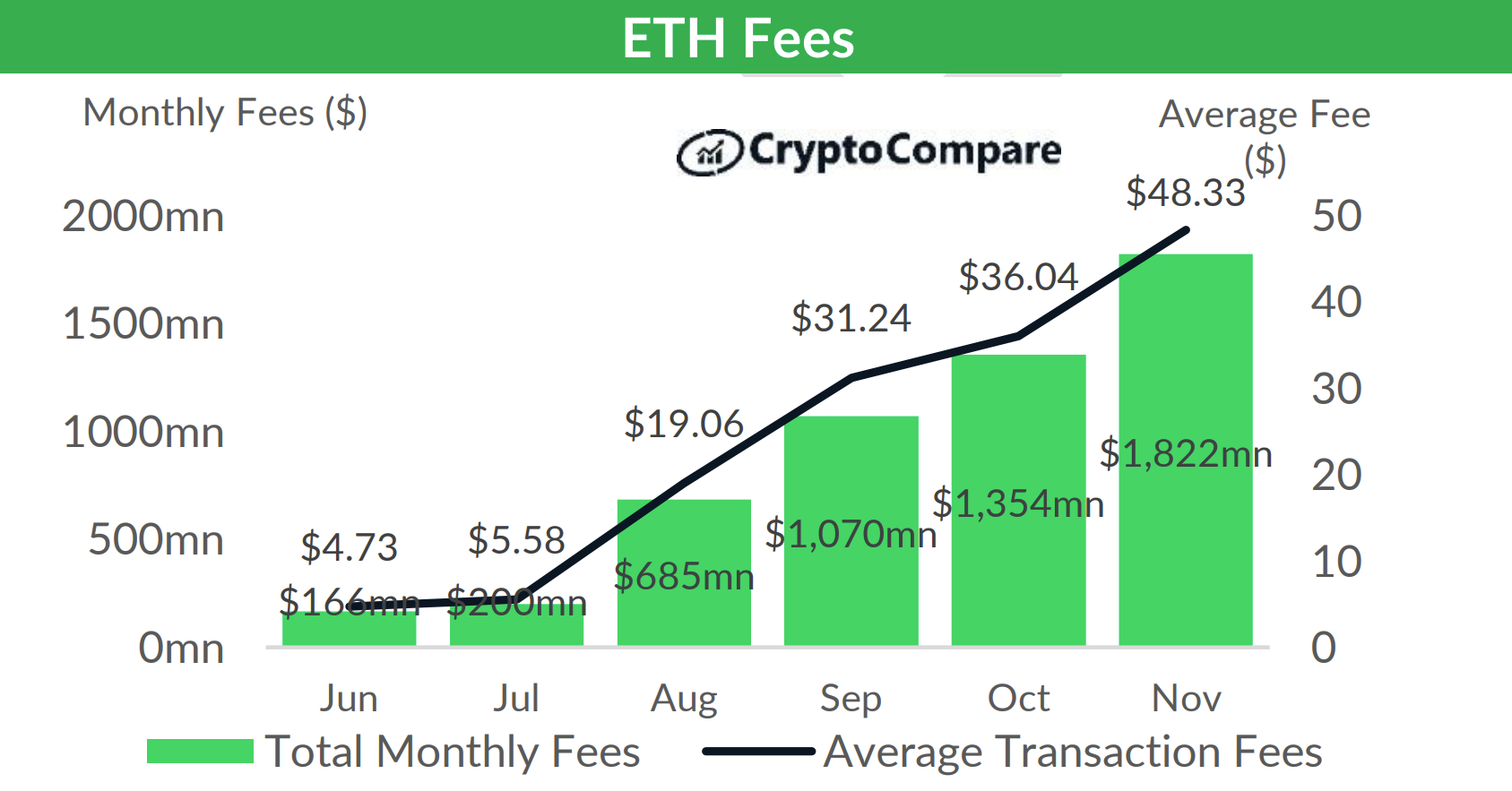 The average ethereum transaction fee also rose by a factor of more than ten, said the firm, from $4.73 in June to $48.33 in November.

In 2022, ethereum is supposed to move to a new consensus model, called ‘proof-of-stake’, in which users validate transactions according to how many coins they hold. In theory, this change should drastically reduce the energy consumption of the network.

Ethereum’s switch to proof-of-stake, first mooted in 2017, has been repeatedly delayed, however.

DeFi’s development has been closely associated with the cryptocurrency ethereum, which supports automated contracts with pre-defined protocols. These are referred to in cryptocurrency jargon as ‘smart contracts’.

However, the uncontrolled expansion of DeFi projects has effectively overloaded ethereum, causing congestion and a rise in fees.

According to the Bank for International Settlements (BIS), it recently cost as much as $160 to make a single transaction on ethereum using the Uniswap protocol, a popular DeFi market-making application.

In the last year, DeFi activity has also spread to other cryptocurrency networks, such as Binance Smart Chain (BSC), Solana, Terra, Avalanche and Tron, as market participants seek to escape the high transaction fees on ethereum.

The BIS warned in its December quarterly review, released earlier this week, that the DeFi market is unstable and could trigger a wider market crash.

The Basel-based institution said that episodes of rapid deleveraging, which occur regularly in DeFi, could spread to the broader financial market if a panic caused by a stablecoin ‘breaking the buck’ spread outside the cryptocurrency markets.

“Possible fire sales by a stablecoin of its reserve assets could generate funding shocks for corporates and banks, with a potentially severe impact on the broader financial system and the economy,” the BIS said.

The hidden politics of cryptocurrencies