More than five thousand years before European states launched the euro, the region already had a single currency—bronze.

According to researchers Nicola Ialongo from Göttingen University and Giancarlo Lago from the University of Rome, bronze served as a common pan-European money and helped boost trade networks across a region stretching from modern-day Ukraine to Iberia and the British isles. 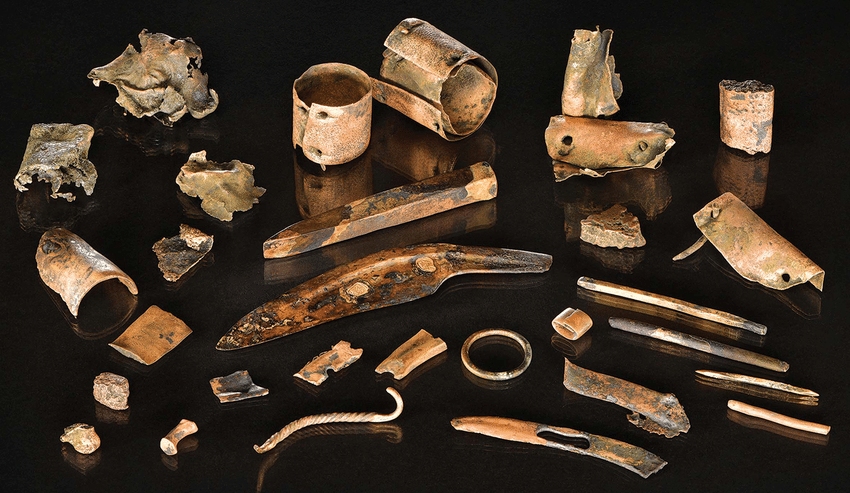 Although the bronze fragments dug up from hoards across Europe tended not to follow any particular design, the researchers found that the fragments tended to follow a standardised weight system, with most lumps of metal representing a multiple of around 10 grams of bronze (called a ‘shekel’).

Weighing scales, invented in Mesopotamia around 3000BC, were used across Europe by 1000BC.

Ialongo’s and Lago’s findings are published in a new research paper in the Journal of Archaeological Science.

According to the researchers, bronze was used as a common currency in Europe around the same time as a silver standard reigned in the Near East.

However, by comparison with silver, bronze had drawbacks as a monetary metal.

“What we define as ‘bronze’ is an umbrella term for many different copper alloys, mostly containing variable proportions of tin and lead,” the researchers write.

“It is theoretically possible that different alloys had different values, which could somehow hamper the circulation of metals as money.”

However, the use of these metals in trade also doubled European demand for them, say Ialongo and Lago, boosting the copper- and tin-mining industries in the regions that hosted them.

“Starting c.1350-1200BC, a surge of the demand for metal was satisfied by a limited number of specialised mining regions,” Ialongo and Lago write.

While copper was mined across Europe, tin was harder to find and its mining was concentrated in Cornwall, Brittany and North-Western Spain.

“The widespread use of metals as media of exchange can also explain why local weight systems tend to converge on a continental scale,” they say.