According to Dr. Franklin Noll, our digital money future will look a lot like the past: we are heading back to a time when humans had to juggle between many different forms of currency.

Noll, our guest on the latest New Money Review podcast, is a historian who specialises in the technology of money—ranging from banknotes to cryptocurrency. As a consultant, his clients include the US Treasury, the Office of the Comptroller of the Currency (OCC), the Federal Reserve and the International Monetary Fund. 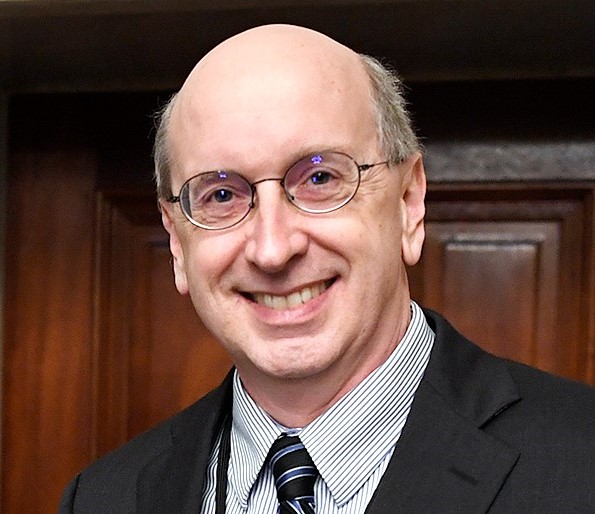 “Our recent history, where you only have one kind of currency, is kind of an aberration,” Noll says in the podcast.

“If you go back to colonial-era Massachusetts, you’d be dealing with pounds sterling, local Massachusetts pounds, stuff from other colonies, native American wampum and Spanish reals. You’d be juggling all this money.”

We should all prepare ourselves for a repeat of this complexity, says Noll.

“In the future, we’ll have a lot of co-circulating currencies,” he says in the podcast.

But we’ll have some help from technology, he suggests.

“We’ll have an app on our phone that will carry our different wallets and do the conversions. When we want to make a payment, our AI will see which is the most efficient way to make it.”

But despite the rise of digital payments, mobile money hasn’t taken over completely from banknotes yet. In the podcast, Noll predicts that cash will be around for a few decades more.

“Banknotes have a lot of tenacity,” he says.

“People have been predicting the end of banknotes since the 1960s, but they’re still here and people are using more of them than before. My guess is that banknotes, in some form, will still be around for a generation yet.”

According to Noll, banknotes could be made ‘smart’ in future by embedding technology that links them to an electronic network, perhaps the network underlying a central bank digital currency (CBDC).

Such crypto-notes would be a physical token of the CBDC, says Noll, and could function as a transitional element between the cash we have now and a future, purely electronic form of money.

Smart banknotes could even be designed to embed a ‘carry tax’, says Noll. This would force them to depreciate in value over time. Such a design feature might suit a central bank wanting to impose a negative interest rate policy, he says.

Covering a range of topics—from bitcoin to central banks, technology to politics, law to cybercrime and science to culture—the New Money Review podcast helps you stay abreast of the key trends in the rapidly changing world of money.

Negative rates will shake up society