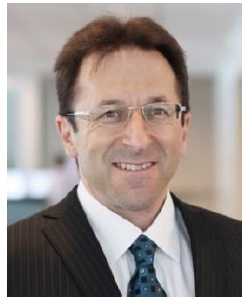 Pennington: We work on applying advanced and emerging technologies to the investment management side of Vanguard’s business, which includes portfolio management, trading, research and analytics.

NMR: One of your team’s stated goals is working towards new and better markets. How can technology help you reach that goal?

Pennington: Vanguard’s mission is about making sure every investor has the best chance for investment success. Making the markets fairer and more efficient for all participants is a powerful way to do that.

Where we see capital markets with a structure that makes it difficult to enter and trade, or where access to information is uneven, we look for ways to improve things. That can result in more consistent and fairer valuations.

“With fintech, we can make pricing more efficient and open up more asset classes”

NMR: In which markets are these information asymmetries most pronounced?

Pennington: Any markets which trade over-the-counter (OTC), where you don’t have the advantage of an exchange with pricing that’s posted before you trade. You have pre-trade transparency in the so-called ‘lit’ markets in the equities, futures and options space.

OTC markets are everything from private equity to corporate bonds, and that’s where we’re focused.

NMR: Vanguard has been closely associated with the rise of mutual funds. I’ve heard you say mutual funds helped to democratise finance. Do you think fintech can help achieve a similar shift?

Pennington: Yes, I do. The emergence of peer-to-peer activities in payments and lending is fascinating. But it’s also rationalising all the players in the market and making sure they’re adding value.

Mutual funds and ETFs have helped democratise finance when it comes to listed stocks and publicly traded bonds.

With fintech, we believe we can make pricing more efficient and open up more asset classes, helping create markets that don’t currently exist.

NMR: What is the role of distributed ledger and blockchain technology in achieving those goals?

Pennington: We see a distributed ledger in two parts: one is the database, which replicates automatically and to which everybody has secure access; and the second is what are called ‘smart contracts’—algorithms which the network runs safely and securely, and which automate the operations.

Let’s say I want to take out a currency forward contract and keep track of its valuation. Every time the currency rate moves against me, I need to post collateral, and every time it moves towards me, my counterparty needs to post collateral. Now those collateral moves can all take place automatically based upon a calculation that takes place on the network.

This is the currency forwards project we’ve just publicised. It’s an example of where we see blockchain and distributed ledger being valuable.

NMR: So we’re seeing a flattening of all the processes between the digital representation of what we’re doing and the underlying operations that need to take place? It’s all going to end up in one piece of code?

For example, if we could get the euro, the US dollar, the currency forwards and the banks onto the same digital network, the whole thing could be done effectively in real time.

NMR: What implications does this have for centralised entities like stock exchanges, central clearing counterparties (CCPs), central securities depositaries (CSDs) and central banks?

Pennington: I think that everybody’s role is still essential, but the way people do things will evolve and hopefully become more effective and less expensive. All those entities are in between folks and the market and they all take a tax. Most of that tax is invisible, but it’s still there.

New technology should also support more innovation in the capital markets, which in turn could help support economic growth.

An exchange effectively sets a time and a place and a set of rules for how two different people can match their desires. Whether it’s in a centralised exchange or in a distributed ledger market, you still need to do that matching.

That’s one of the discussions we’re having with our large participants and partners. This is not a displacement. It’s an evolution and an improvement.

NMR: How does your team’s work fit into the existing framework at Vanguard?

Pennington: Vanguard has always innovated and we do it in what I think is a nice way. At the start, we segregate the innovation part from the fund activity. Then we work towards integrating it with our business and markets units.

We also work with outside partners and start-ups, but we don’t talk too much about the details of those arrangements.

“We see liquidity is having quick and easy connectivity”

NMR: Since the 2008 financial crisis, asset managers have been getting bigger and bigger, while banks’ ability to take on balance sheet risk has gone down. To what extent is technology helping solve the potential liquidity problems when you and your competitors want to move into and out of markets?

Pennington: Everyone has a different definition of liquidity, which the global financial crisis highlighted as a huge risk to the stability of the system.

We see liquidity is having quick and easy connectivity. It means that someone who wants to buy knows and can connect to everyone who wants to sell, and vice versa. Once you can assure that, you’ve maximised the liquidity. Right now, OTC markets are not that efficient. It depends on whom you know, whose phone number you have and, when things are going really badly, whom do you trust.

In the past, banks provided a really important form of liquidity when you couldn’t match buyer and seller, and they stepped in, took risk and got paid for it. To some extent they continue to do so. But as they step away, it becomes even more important to get better technology and to make sure you have a better chance of matching all the potential buyers and sellers.

“Do not ignore what’s going on in this space”

NMR: What do you make of explosion of interest in cryptocurrencies, tokens and public blockchains and the experimentation with different types of fundraising?

Pennington: I think it’s absolutely fascinating to watch a live experimentation with real companies and real money based on entirely new business models—especially the designs of the economic incentive systems used.

We think these systems are still very emerging and pretty dangerous—we don’t see them as having the stability and maturity of the investments we’d recommend and support for our clients. But it’s an amazing petri dish to watch.

Do not ignore what’s going on in this space. Out of that effort, there’s a lot of valuable, interesting information and lessons being learned.

NMR: Could corporate structures change into something else entirely, maybe ditching principles like limited liability along the way?

Pennington: I think they could. But the way they get there is very unpredictable. Absent another crisis in the current capital markets, which shakes trust in the established players, who are mostly going to want to resist the interesting experimentation and innovation that’s going on, I don’t think there’s going to be a massive change.

But there’s also the chance that one of these experiments ends up becoming so compelling and gathering so much momentum that it starts to truly change the focus. That’s why we always want to keep track of what’s going on.

Right now, in the US there’s almost a ‘buyer beware’ mentality with the way markets are regulated for the retail investor. It’s all about disclosures and making sure the risks are appropriate.

So what about something like ICOs (initial coin offerings)? With ICOs, there’s probably not enough disclosure and it’s hard to tell if the risks are suitable for the investor. But if these two things change, why not include such new forms of capital-raising? It’s all great to watch.