Why is US President Trump fighting with China over an app used by kids to share funny short-form videos?

The TikTok battle is one front of a broader war over social media. It’s happening because soon, apps will become indistinguishable from money, says Lana Swartz, our interviewee in the latest New Money Review podcast. 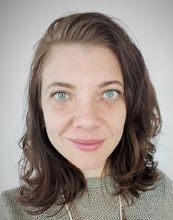 This is because money is best understood as a messaging system, says Swartz, an assistant professor of media studies at the University of Virginia and the author of a new book called ‘New Money: how payment became social media’.

“I think about money as a form of media”

As an academic, Swartz studies how communications technologies change over time and how these changes impact the way we live our lives.

“I think about money as a form of media, and then think about that media as having cultural meaning. Money has always been social,” Swartz says in the podcast.

Looking at money as a messaging system also helps us broaden our understanding of a complex topic, says Swartz.

“The traditional politics of money tends to be purely economic. It focuses on questions like ‘who has money, who hasn’t, how did they get it or not get it?’” she says.

“Instead, I look at the actual mechanisms of money, the infrastructures of payment,” says Swartz.

According to Swartz, the rapid rise of digital payment platforms poses a host of new questions about fairness and financial inclusion.

In the podcast, she shares examples of people who have had their digital money transfers blocked for offering goods or services deemed illegal or suspicious by artificial intelligence-based monitoring software.

Swartz says such interruptions to payments are becoming increasingly common and their importance is underappreciated.

“Losing access to the money you have because of a technological failure is almost the same as not having the money at all,” she says.

Understanding money as a form of communication also makes it clear we are living through a period of accelerated change, says Swartz.

“In the last ten years there’s been an explosion of changes in the technologies of money, and therefore changes in the social capacity of that money,” she says.

“Money is becoming entailed in the Silicon Valley social media tech industry. Suddenly, the infrastructure rails are changing. They are moving from banks to companies like Facebook and Google.”

“The imagery printed on money is a key form of propaganda”

To look forward, we also need to look back and place national and supranational currencies like the dollar, pound, yen or euro into a historical perspective, says Swartz.

These are a relatively recent invention, she says, dating from the rise of the nation state in the nineteenth century. They carry with them their own form of political messaging.

“The imagery printed on money is a key form of propaganda,” she says in the podcast. “In the US, the only time most of us come into contact with the iconography of the federal government is when we use dollars.”

But as payments become increasingly digital, much of the messaging associated with national currencies could become diluted, says Swartz. She points to the historical importance of cash and what might happen if we all paid digitally.

“Cash is self-clearing and anonymous,” she says in the podcast.

“Cash helped make the modern metropolis possible, since we were suddenly able to live together as strangers. In the past we lived in small communities and people kept accounts among themselves, to pay things off later.”

“It will be tiered, hierarchical and stratified”

“But what happens when we are still thinking in dollars but we are no longer able to see them or touch them?”

The rise of new digital currencies and of new means of payment could also exacerbate social and economic inequality, suggests Swartz.

“I think we will be moving to a future that looks a lot more like the [pre-19th century] past—monetary plurality, monetary cacophony, where there are lots more currencies circulating and we’re all making decisions about which ones we should use for which occasions,” she says.

“It will be tiered, hierarchical and stratified,” she goes on.

“I don’t think national currencies are going anywhere. But they’ll see increasing competition from a variety of privately issued quasi-moneys. These won’t look like the fun, libertarian fantasy of bitcoin, but more like the company scrip of the past. All this will likely lead to an increase in inequality, rather than a decrease.”

If payments are now social media, it’s a short step to assume that the biggest players in digital communications are well-positioned to run the future monetary system.

In the podcast, Swartz talks about the ambitions of the Silicon Valley tech giants in payments, citing the recent rise of US payments platform Venmo (owned by PayPal) as an example of where things might be heading.

Venmo is a form of social media, where users can send messages to each other when they send payments. Often those messages include emojis, which are usually a visual representation of the reason for making the payment.

“Every major social media platform has attempted to launch a payments component in the last ten years. Almost all of them have been unsuccessful,” Swartz says in the podcast.

“But one that has taken off in the US is Venmo. All kinds of new social practices have emerged with Venmo: for example, ‘penny poking’, or sending your friend the exact amount of money they need for a coffee or cocktail. It is only a matter of time until all this is enfolded into one of the major social media platforms.”

And it’s Mark Zuckerberg’s Silicon Valley behemoth that is best positioned to succeed in money, suggests Swartz, despite the pushback Facebook has received from regulators in response to its plans to develop a new currency called Libra.

“Facebook is clearly positioned to take hold in the payments space,” she says. “It is the closest thing we have to a universal address book.”

Swartz finishes the podcast interview with a warning about the future money infrastructure’s impact on democracy and politics.

“I often talk with young, idealistic libertarians, those who have a vision of a more collaborative, market-based future,” she says.

“But I do wonder if, instead of ushering in new forms of collaboration, we’re just opening the door for new forms of corporatism or Silicon Valley feudalism,” says Swartz.

“We need to think carefully about which forms of interaction and forms of money we’re throwing away, and about what kind of future we’re building.”

To listen to our interview with Lana Swartz, click here