According to media reports, the Agricultural Bank of China (ABC), one of the nation’s four state-owned banking giants, has developed a mobile-phone-based digital wallet that will enable users to pay, transfer money and receive payments using CBDC.

The coronavirus outbreak appears to be accelerating plans worldwide for the introduction of CBDCs.

In the US, a provision for a new digital dollar was included in a draft stimulus bill put together late in March by the Democratic party, but later dropped by the party.

If the prototypes prove accurate, an important innovation in China’s CBDC will be the ability to pay by touching one mobile phone to another, in the same way as physical banknotes pass from hand to hand.

This design feature would enable the transfer of value from one CBDC holder to another even when both participants are not connected to the internet. 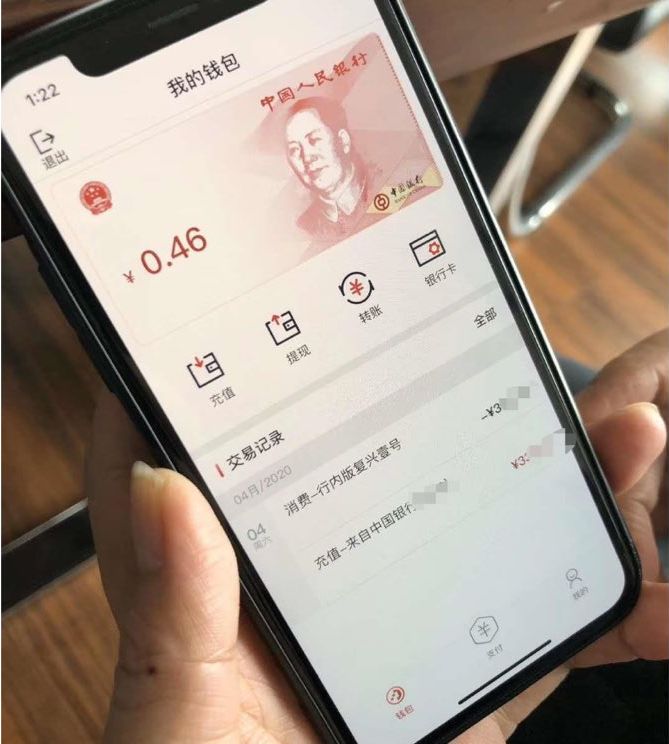 Earlier press reports have suggested that up to 20 companies could be involved in the CBDC launch, including China’s four large state-owned banks, the country’s big three telecoms companies, its payment giant Tencent and cloud technology provider Huawei.

Huawei is at the centre of a technology battle with the US over the next generation of the internet’s physical infrastructure.

When it comes to digital money, China is following a two-tier model, where the general public obtains the digital currency through intermediaries, rather than directly from the central bank.

This two-tier model allows the central bank to rely on the intermediaries to perform labour-intensive work, such as resolving client-merchant disputes or establishing money users’ legal identities.

Writing in a recent paper published by London’s Centre for the Study of Financial Innovation, Birch said that the anonymity of a digital currency is a highly political question.

“A Chinese digital currency might obtain a significant fraction of international transactions, and thus weaken the demand for dollars,” he said. Over half of international payment flows by value are denominated in the US currency.

Birch said that a China’s new CBDC could underpin a future global financial infrastructure, parallel to the existing one, centred on SWIFT.

SWIFT a global messaging standard, underpins the global cross-border payments system. SWIFT has been recently been used by the US to cut off countries it doesn’t like from access to global finance.

The future global uptake of China’s new CBDC could be helped by China’s Belt-and-Road initiative, an infrastructure development programme involving nearly 70 countries and expected to cost more than $1trn.

And third, said Birch, they could use artificial intelligence (AI) and machine learning technologies to develop a new digital due diligence regime, replacing what he calls the ‘existing vastly expensive KYC/AML regimes’.

Know-your-customer (KYC) and anti-money-laundering (AML) rules are used by Western governments to prevent unauthorised access to the financial system.

However, the implementation of these rules is uneven and they have also been criticised for failing to prevent large-scale money laundering through the abuse of financial secrecy regimes.