New technology offers a massive boost to the resiliency, accessibility and transparency of the financial system, says Alex Batlin, CEO of Trustology, our guest in the latest New Money Review podcast.

Below are some excerpts from the discussion. 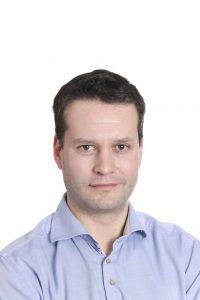 Centralisation and its drawbacks

“If you have centralisation, you have risk. There’s always a trade-off between the efficiencies of centralisation and the risk of a single point of failure.”

“If you submit a transaction to a central database, it’s very difficult for either party to prove who made the transaction. Was it the service provider who is responsible for entering the record of the transaction? Or was it the end-user? The end-user can claim there was an error and blame the database operator. This is why I got excited by blockchain. In blockchain, users sign transactions cryptographically with private keys only they possess. This gives the properties of non-repudiation and integrity: you can prove the transaction has been signed by that individual.”

“Blockchain enables you to create a trusted third party virtually, by means of a smart contract. We’ve never had this before.”

“To issue a new utility token to power a network you’re launching, you can write a smart contract on ethereum using the ERC-20 standard. You can buy that off-the-shelf for £25 and deploy it on the blockchain for less than a pound. You now have a global token that can be used anywhere. In the old financial system, to issue a security you have to talk to DTCC, the custodians, investment banks and broker-dealers. This would all cost millions of dollars. It’s a completely different cost profile.”

“You can put a lot of business logic in a token to guarantee that only the right people are allowed to use it. And baking the logic into the token is a lot more efficient than relying on third parties to enforce rules.”

“Once you’ve issued the token, if you want to swap it for something else, say ether, you can also do this by means of a smart contract, rather than using a settlement agent.”

“Currently, most securities settlements are batch-based. It can take as long as five days to settle a transaction, for example. In ethereum, most settlements take place within 20-30 seconds. Of course, some people like the old system because it allows them free credit in the period before they have to settle.”

“We are massively improving the resiliency and auditability of the financial system.”

“The technology is global and instantly accessible to anyone. That will lead to global liquidity pools, where the real power is going to be.”

To listen to the latest podcast with Alex Batlin, click here